eDreams isn't new to the travel market. Its history goes back to 1999. This date marks the beginning of a long adventure. In twenty years, eDreams has become one of the key players in the travel world. Today, they are the main online travel agency in Europe.

More than 18.5 million customers trust them. Their easy booking system and the diversity of their range enables their clients to find the best travel offers at the most competitive prices on the market every day.

Learn more about the journey of this unique travel agency on the eDreams Saga website!

eDreams: a story, a saga

The eDreams project was launched in 1999 by Javier Pérez-Tenessa de Block, James Hare and Mauricio Prieto, in Silicon Valley. In 2000, the founders decided to set up the headquarters of the newly created company in Barcelona, Spain. In the same year, eDreams became Spains’ number one online travel agency and moved into the Italian market. This was the beginning of a long adventure!

Since its creation, eDreams has been steadily growing. Between 2004 and 2007, the travel agency became the fastest-growing company in Europe across all industries. Its profits increased 100% year-on-year. eDreams had achieved its goal. In 2007, the online agency had already attracted more than one million customers. Gradually, eDreams began to stand out on the travel industry landscape.

Good economic health and the rapid development of eDreams attracted investors. In 2006, the U.S.-based private equity firm TA Associates decided to acquire eDreams for €153 million. This date marked an important step in the development of eDreams, which crossed the 2 million customer mark.

The European investment fund Permira decided to invest in eDreams and became the majority shareholder. Still driving ahead, eDreams ended the year with 43% growth. A lot of progress has been made in the space of 10 years: eDreams has more than 350 employees (26 nationalities) and operates in 18 countries – mostly in Europe.

2011 marked a turning point in the history of eDreams. The company merged with one of its competitors, Go Voyages, and acquired two other brands : Opodo, and Travellink. The time had come for a change of name. The eDreams company became the eDreams ODIGEO group. eDreams is now one of the group’s four brands. These mergers and acquisitions make eDreams ODIGEO, Europe’s number one 1st online travel agency in Europe and global number five.

eDreams stepped up its internationalisation strategy and expanded its services to 10 new countries outside of Europe including Egypt, the United Arab Emirates, Indonesia, Singapore, South Africa, Hong Kong and the Philippines.

The eDreams ODIGEO group acquired liligo.com from Voyages-SNCF. The group now had five brands: eDreams, Go Voyages, Opodo, Liligo and Travellink. In the same year, the online travel agency strengthened its positions in Europe by starting operations in Greece and the Netherlands.

Dana Dunne was appointed as Chairman and Chief Executive Officer, replacing Javier Pérez-Tenessa, who became honorary Chairman of the group. Dana Dunne joined the eDreams ODIGEO group in 2012 as Commercial Director. His arrival as head of the online travel agency marks a new turn in the development of eDreams.

Every day they're introducing new destinations thanks to their close collaboration with the main players in the flight industry.

In a world of infinite desires, you can find each and every destination on eDreams. They are extending their partnerships to offer you even more destinations to visit.

In 2019, eDreams will celebrate its 20th anniversary, making it one of the pioneers in the online travel agency industry.

In terms of European companies, all the players in the flight industry (low-cost and traditional) are represented.

hotels around the world

Yes, you read that right. More than a million hotels are available on eDreams. And there's something for all tastes and all budgets!

A team that’s passionate about the journey

The secret behind the group's success is a talented team who are passionate about a journey that puts customer satisfaction and innovation at the heart of their work. eDreams ODIGEO operates in 43 countries and employs people of 60 different nationalities. They are driven by a clear mission: to make travel easy and accessible to everyone!

Passion, innovation and a taste for challenge motivate eDreams ODIGEO’s teams daily. E-commerce brings new demands every day. They meet them so that they can provide the best service to their customers. From the design of new mobile features to online booking, they put customer satisfaction at the heart of everything they create.

Their algorithm creates 3,000 travel combinations in 10 seconds. Book your flight in just a few minutes! Also, take advantage of their offers throughout the year. With their mobile app, you get exclusive discounts. It will go with you on your trip and update you on your flight status in real time. Once you arrive at your destination, check out eDreams’ complete guides for all the practical information and have a peaceful holiday!

With eDreams ODIGEO you can:

eDreams ODIGEO is an European leader in online flight ticket sales with its market leading brands: eDreams, Opodo, Go Voyages and Travellink. Their partnerships with airlines mean they can offer you flight tickets at the best prices on the market. Using their search engine and their comparison tool, you can easily find a flight to match your criteria (low-cost/traditional, departure and arrival airports, departure and arrival dates, stopover or no stopover, class...) and your budget. They are committed to giving you the lowest prices. If you find something cheaper elsewhere within 24 hours of your booking, they'll refund the difference!

They work with major hotel chains (Novotel, Sofitel, Best Western, etc.) and also include a large number of independent organizations among their partners. Overall, through eDreams ODIGEO’s brand, you can choose from more than 2.1 million hotels. They deliver the most extensive offer on the market. You can filter your search results according to type of establishment, rates offered, customer ratings, distance from the requested location, number of stars, or level of services on offer (breakfast, spa...). They assist you in finding the hotel that matches all your criteria and your budget.

Are you looking for an all-inclusive trip with flight + hotel + car? Their search engine means you can access thousands of personalized formulas. The powerful technologies that they’ve developed allow them to calculate the best combinations of services and products. eDreams can save you hours of research and allow you to enjoy the lowest rates available. For organized tour lovers, they also offer personalized tours.

When traveling, it can be very useful to have a vehicle on hand. They’ve thought of everything and extended their range of services to answer their customers’ frequent request. They partner with hundreds of car rental agencies (Europcar, Hertz, Rentacar, independent agencies, etc.). With eDreams, you can purchase your vehicle in just a few steps. They don’t charge any fees for changes or any credit card use. They offer 24/7 assistance!

They've made every effort to bring you a site that’s easy to use and makes your trip preparations simple. But simple doesn't mean basic. They've developed state-of-the-art tools to offer you a comprehensive search engine and give you easy access to the offers that meet your needs. They are constantly improving their platform by adding to the features on offer. With eDreams ODIGEO you can book your trip in just a few clicks.

They check prices daily with their partners and suppliers to offer you the best deals at the best prices. They search on a daily basis to find the lowest rates on the market. Their position as European leader allows them to negotiate attractive prices. You save time and money with eDreams! They will even refund the difference if you find a cheaper price elsewhere within 24 hours of making your reservation!

At eDreams, they do everything they can to ensure that your trip goes smoothly. They are with you before, during and after your booking. Their customer service department will answer all your questions and requests for assistance. There is a whole range of tools and online help (help center, YouTube channel, etc.). They support you 100%!

Transparency is their priority. For them, customer feedback is an invaluable source of information to support their continuous improvement strategy. They are also striving to ensure the highest level of transaction security, offering all the necessary guarantees.

Take a trip with eDreams 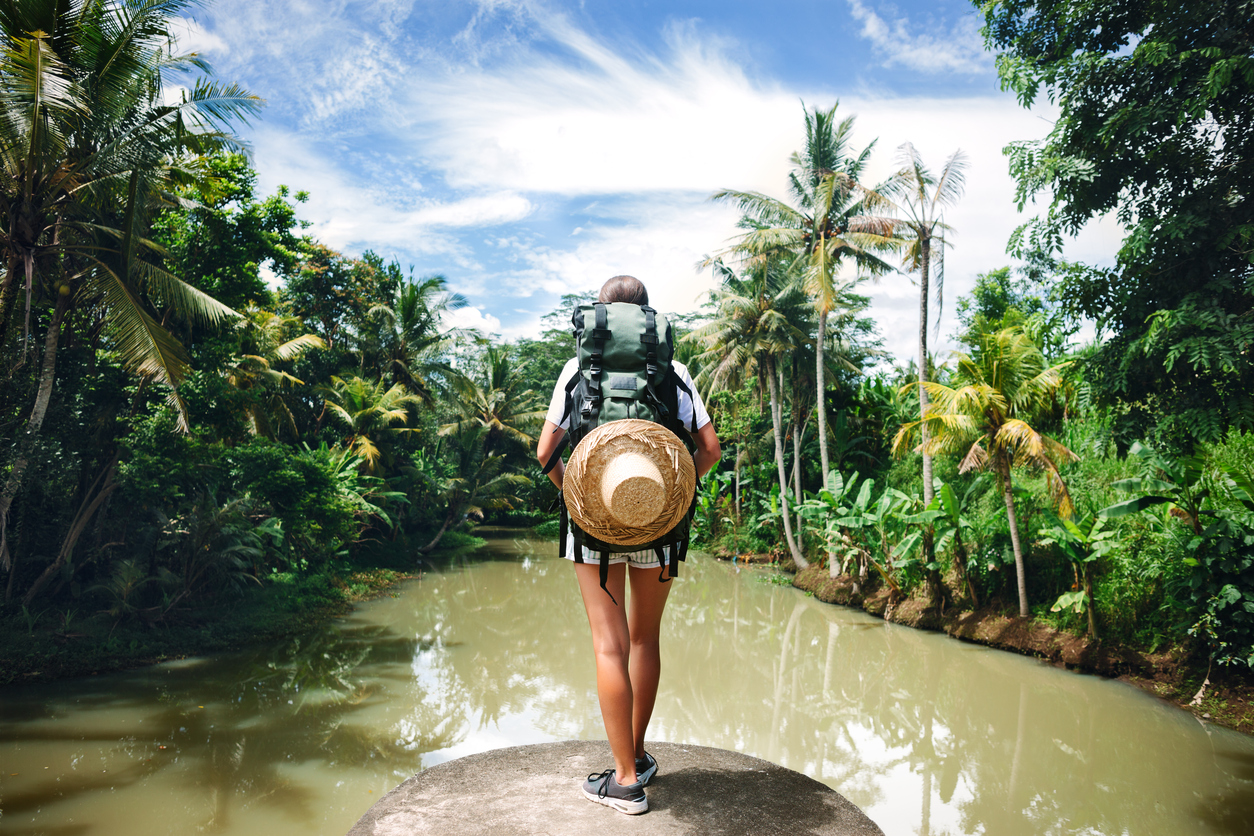 We make every effort to maintain our leading position in the European market and as a key player worldwide and we are constantly striving to live up to the expectations of our 18.5 million customers.

To do this, we recruit the best talent to offer customers a high quality service and promote the most attractive offers on the market. eDreams is growing on social networks and developing the blog to strengthen support for customers at every step of their journey. eDreams developed mobile apps for iPhone, Android devices and the iWatch, in a bid to deliver new, useful services.

Those efforts have been rewarded by the support of tourism professionals and the media. eDreams has won several prizes for the quality of its services: best E-commerce website in the “travel” category (Metio.es) in 2016 and best online travel partner world-wide (IFC.co).

Do you dream of traveling and discovering new destinations? Thanks to eDreams, it’s never been easier to organize your trip. With something to suit all budgets, eDreams aims to bring you the best deals. Are you hesitating, intrigued, or do you want to know more about how the platform works? Don’t wait a minute longer. Visit our website! You'll find some great surprises!

The eDreams app: organize your trip in just a few clicks!

Compare flights, book your hotel or rent a car thanks to the eDreams mobile app, which can be downloaded free on iPhone and Android!